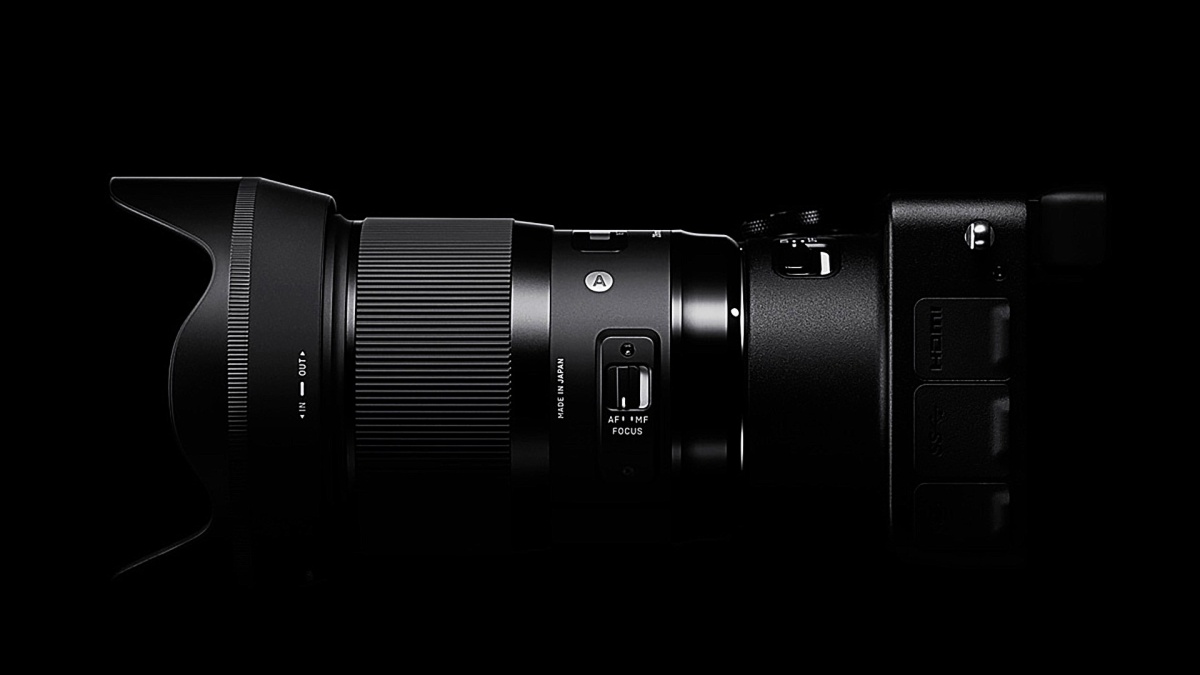 With almost every new camera coming with a kit zoom lens and the popular image of newspaper photographers stalking the streets with three DSLRs and the usual wide, standard and telephoto zoom lens trio, prime lenses have taken a back seat and most lens makers seem to have forgotten some of the most useful, most classic prime lenses upon which documentary photographers and moviemakers once depended upon to earn their living.

I am referring to the 28mm and 40mm focal lengths with the former documentary photographer’s go-to wide angle lens and the latter a favourite focal length of many of the great Hollywood feature film cinematographers and directors. 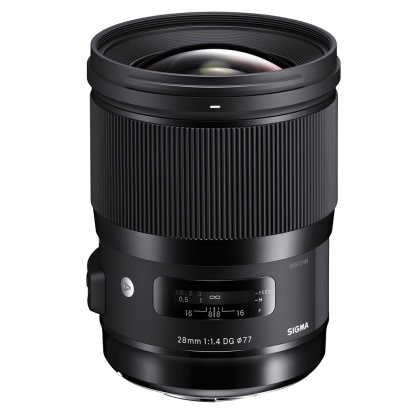 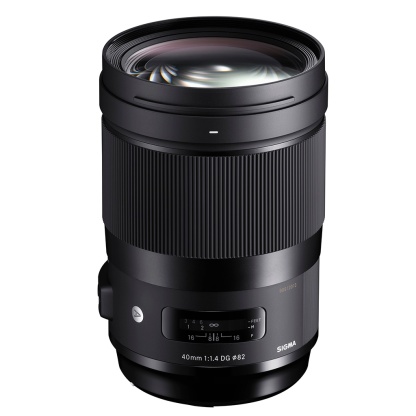 While all of those focal lengths are catered for with pancake or near-pancake lenses in APS-C by Fujifilm and in M43 by Panasonic, none are suitable for the rigours of professional-level documentary photography and photojournalism, or feature film and documentary moviemaking.

The 28mm focal length, superb for documenting people in places without optical distortions detracting from the story

Prime lenses in 24mm equivalent focal lengths such as 16mm in APS-C and 12mm in M43 appear to be touted these days as the “replacement” for 28mm and its equivalents, but 24mm super wide angle lenses have inherent optical distortions and volume deformations that must be corrected in software in-camera and on-computer.

I rarely use 24mm, preferring instead 21mm for establishing shots and tiny-figure-in-landscape images as well as architecture, but when I am not carrying the wider lens and only have a zoom lens with 24mm at its widest find I must apply DxO ViewPoint after processing the raw file.

The other big difference between 28mm and 24mm?

I know which one I prefer for immersive documentary photography that respects the subject and enhances the story. 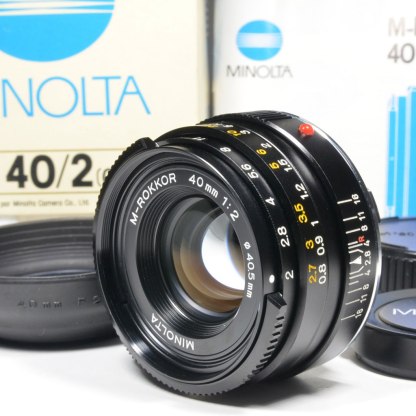 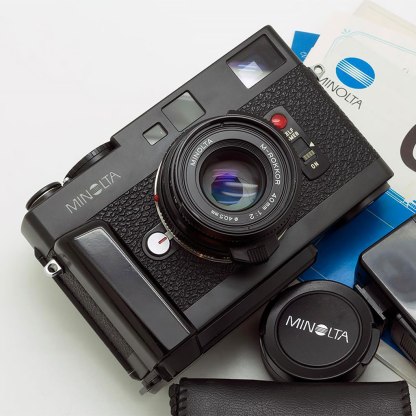 The 40mm focal length is often characterized as “perfect normal” as opposed to the “standard normal” of the 50mm focal length that was introduced as standard with the first Leica cameras in the early 20th century.

As I was writing this article news arrived of Zeiss’ announcement at photokina 2018 of its new Zeiss Batis 40mm f/2.0 prime lens, characterized as “the versatile lens”.

Some 35mm DSLR camera and lens makers still produce 40mm lenses as low-price options such as Canon while Voigtlaender has several 40mm lenses for DSLR and rangefinder cameras.

Leica and Minolta’s 40mm lenses were discontinued at the same time as the cameras for which they were designed, but remain popular purchases on the second-hand market.

Now that Sigma is a member of the L-Mount Alliance, let’s hope that the company comes up with a wide range of L-mount Art prime and zoom lenses including 28mm and 40mm.

“Equivalence. It’s the bugbear of anyone who reviews Micro Four Thirds lenses. You are being conned says the incoming mail. Your f/1.4 lens is really an f/2.8. And your so called shallow depth of field is commensurate with f/2.8, too, not f/1.4. It’s an argument I’ve heard so many times and while factually true, is pointless and irrelevant. The only rational response is -so what?…

Put simply, a native Micro Four Thirds lens is just that. A native Micro Four Thirds lens. It isn’t a Full Frame lens. It won’t fit a DSLR and if it did it wouldn’t cover the whole frame. I’ve tried more and more to describe lenses according to their angle of view since that is universal. If you know what angle of view you want, you can choose a lens to get it. Thus, I know that I like as a standard prime a lens with a moderate wide angle, around 54° horizontal. A quick calculation at Points In Focus Photography tells me that for a Micro Four Thirds sensor it would be 17mm, for FF 35mm and for Medium Format 55mm. Easy.”

Former Fleet Street newspaper photographer David Thorpe is in my humble opinion one of the best and most useful writers and reviewers on Micro Four Thirds cameras and lenses though it is a pity that camera and lens makers don’t give him the credit and access to review gear that he deserves.

Mr Thorpe comes from a 35mm and 120 roll-film single lens reflex (SLR) background during the analog era whereas I have always relied on rangefinder and view cameras and prefer digital cameras that give me some semblance of those unique ways of seeing and photographing.

The other big difference between Mr Thorpe and I is that I rely on all my cameras, to varying degrees, when making photographs as well as videos and video is better served by fully manual lenses or at least manual clutch focus lenses such as those made by Fujifilm in APS-C X-Mount format and Olympus in M43.

As a result there are M43 lenses, especially small, light and relatively affordable prime and zoom lenses, that I quite like for stills photography but that are ruled out for serious video production, and more specialized M43 lenses such as those made by Veydra in their Mini Prime range, and those made by Olympus under their M.Zuiko Pro brand.

“… I can understand and agree with every reason put forward for those big, expensive optically superb f/1.2. And yet, in my heart, ever since I bought into Micro Four Thirds I’ve retained my original reasoning. Put an Olympus 17mm f/1.8 on a Panasonic GX9 body and go out street shooting in Soho. Now go out with a 17mm f/1.2 on the front. What can I say? Little and good, big and bad….”

Not quite, insofar as hybrid street shooting goes.

Although I have been tempted by the idea of the Olympus M.Zuiko Digital 17mm f/1.8 given its focal length is my own perfect all-in-one go-to, in reality this lens is apparently a little too compromised for documentary video production, according to a number of pro video reviewers.

I have yet to lay my hands on one for serious try out and review, but the first thing to consider is the practicality of attaching fixed or variable neutral density filters to its 46mm filter diameter via a step-up ring.

I have standardized on 77mm and 82mm diameter variable and fixed NDs in order to keep down costs, but need to maintain a selection of step-up rings to fit those NDs on a range of lenses.

Experience has taught me to stick to brass step-up rings to avoid binding, preferring brands that knurl the outside of their rings for best grip in challenging conditions but then that narrows brand choice down to Breakthrough Photography, Heliopan, PolarPro and Sensei Pro.

Of those only Heliopan makes rings for smaller filter diameters like 46mm but they don’t step-up to 82mm; for that you will need to attach a 77mm to 82mm step-up ring for which I would automatically choose the one made by Breakthrough Photography.

Some made by Olympus, some by Panasonic. some with manual clutch focus, some without, none with wide filter diameters and all needing one or two step-up rings to get them to the magic 77mm or 82mm filter diameter, the latter of which I have chosen as my new default given better ND filter choice in that size now.