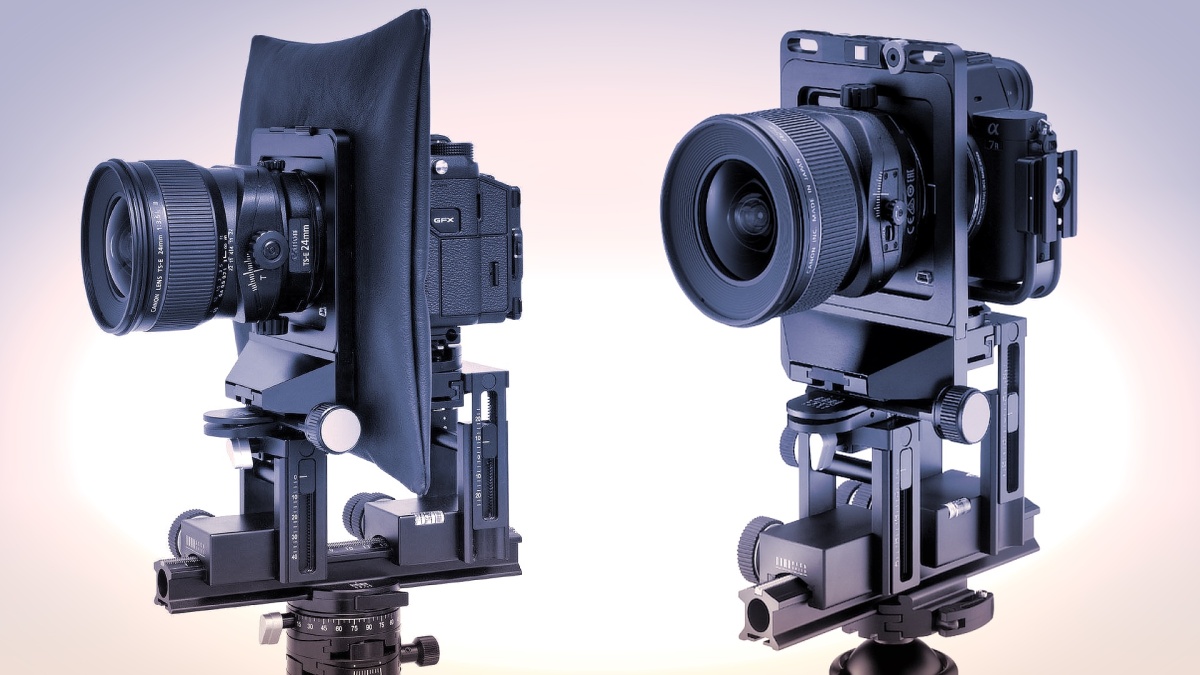 Magazine editorial portrait photography with large format view cameras using 4″x5″ sheet film, Polaroid Type 55 instant positive/negative film and Linhof fixed-size or Sinar variable-format 120 roll film backs with the choice of 6×4.5, 6×6, 6×7, 6×9 and 6×12 aspect ratios was a passion of mine during the analog era.

I discovered that my subjects responded very differently to view cameras than they ever did to all other camera types, and I easily achieved an intimacy and calmness in my subjects that took more work to obtain using smaller cameras in the hand or on the tripod.

The cameras’ movements – swing, shift and tilt – provided extra creative control of what was in or out of focus, especially when using longer focal lengths like 210mm and even standard focal lengths such as 150mm.

This hardware also came in handy photographing architecture and figures in landscapes when I was a corporate photographer working for mining companies in the deserts of Western Australia.

I miss those cameras and that very craft-oriented approach to photography. It is so rewarding, then, to see similar aspect ratio and camera type choices appearing in the digital era and I hope that more technical camera makers will adopt Fujifilm’s GFX camera series in the way that Arca-Swiss and Cambo have now.

I was lucky to have learned the art and craft of large format photography with a pair of Linhof cameras owned by a university art school, then bought a Cambo studio technical camera followed by a Graflex sheet film press camera then a Wista folding field camera made of brass and cherrywood.

Those who have not been exposed to technical cameras using 120 roll film or sheet film may wish to do a little reading via the lists of links below.