“The Panasonic G90/95 sits between the smaller and cheaper GX9 and their top range G9 and GH5 models. Its predecessor, the (still available) 16Mp G80 met with many accolades. Does the 20Mp G90/95 render obsolete the G80? Or should you skip this one and wait for a G10?”

In my experience, Micro Four Thirds cameras are ideal for immersive documentary and photojournalism work as well as Super 16-style documentary moviemaking, and Panasonic’s high-end and mid-level Lumix cameras are great solutions especially as they appear to be almost invisible to onlookers and subjects more accustomed to 35mm sensor DSLRs, especially if designed with the pro-quality Panasonic Lumix GX8’s size and form factor. 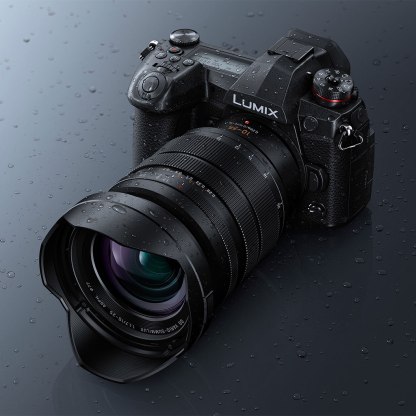 In an era when female moviemakers, like female photographers, remain badly underrepresented amongst hardware company brand ambassadors, it is so refreshing to see that Panasonic asked Director of Photography Alicia Robbins to produce a short movie using the video-oriented Panasonic Lumix DC-S1H hybrid camera.

Clicking on the links and purchasing through them for our affiliate accounts at B&H Photo Video, SmallRig or Think Tank Photo helps us continue our work for ‘Untitled’.

“The CP+ 2019 trade show in Yokohama, Japan, gave us the chance to speak to most of the major camera makers. Panasonic put forward an extensive team to discuss the company’s move into the full-frame market….

… it’s clear that Panasonic wants its S1 and S1R to appeal specifically to professional stills photographers. When it comes to video, the company’s plans seem less well-developed. For now, at least, it seems that Panasonic sees the GH series as its main video/stills camera platform.” 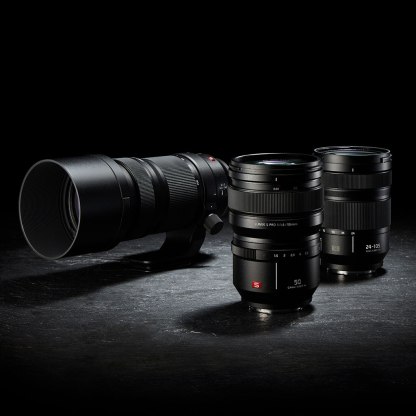 If by “cameraness” Panasonic means that one can pick up a Lumix S1 or S1R, feel at ease with it and start shooting good photographs or movie footage right away, then I agree with the company’s use of that word.

Of course, that ease of use is based partly on my years-long familiarity with Panasonic’s Micro Four Thirds Lumix cameras and partly on Panasonic’s even longer history of constantly improving its cameras and lenses all by itself and in collaboration with Leica Camera AG.

Cameras and lenses by both companies share DNA and it was inevitable, in retrospect, that their long partnership would deepen into the L-Mount Alliance, pleasantly drawing lens maker Sigma in to the equation along with its wide range of top-class prime and zoom lenses for cinematography and photography.

When Panasonic staff members asked me for my first impressions of the S1 and S1R at a couple of touch-and-try events in Sydney earlier this year, my first thought was that both would be very usable cameras if I were still working in magazine editorial portrait and documentary photography where 35mm sensors are king.

That is no mean achievement for the first version of any new product range, and I look forward to seeing how Panasonic’s current S-Series cameras and their successors develop.

If I need to get back into 35mm sensor photography and video, I know where to go.

“The S1 and the G9 Panasonics are a truly unique digital double act. How do the Full Frame S1 and Micro Four Thirds G9 stand up against one another? Is bigger better? Or is nimbler nicer?” 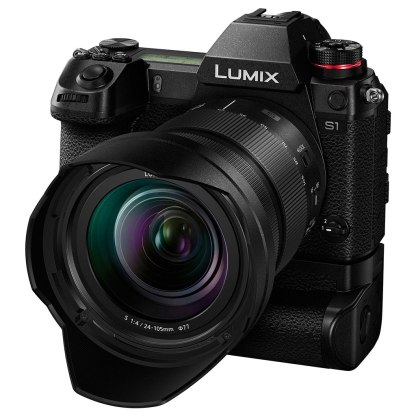 Top video reviewer David Thorpe always cuts to the heart of the matter when it comes to mirrorless digital cameras and lenses, a trait no doubt formed by decades in the trenches as a Fleet Street photographer.

Using autofocus on Panasonic’s Lumix DC-GH5, DC-GH5S and DC-G9 Micro Four Thirds mirrorless hybrid cameras whether shooting stills or video has been a hot topic of debate online for quite some time.

Panasonic chose to buck the trend began by other camera makers who adopted PDAF aka ‘Phase Detection Autofocus’, instead basing the autofocus system in the Lumix DMC-GH4 onwards upon DFD aka ‘Depth from Defocus’.

Panasonic’s recent announcement of its Lumix S1 and Lumix S1R 35mm digital cameras mentioned the phrase ‘Deep Learning Technology’, and now the company has shared more information about that as well as how to get the best out of autofocusing its latest cameras with ‘Lumix GH5 | GH5S | G9 AF Guidebook’, an essential downloadable PDF guide book on the subject.

“Panasonic has announced forthcoming firmware updates for the Lumix G9, Lumix GH5 and Lumix GH5s bodies that will add new features and improve the handling and operation of its flagship models. Each of the cameras gets improvements to their AF systems as well as a Focus Ring Lock setting to prevent unintended focus shifts when the lens ring is accidentally turned.

A new method of using the WB, ISO and Exposure Compensation buttons is also introduced to all three cameras, and the GH5 and G9 will now be able to offer 20x magnification in manual focus mode to bring them in line with the GH5s. Another key improvement will be that individual images from high drive bursts will be editable using the in-camera raw processing function, while the G9 and GH5 have improvements to their in-body IS systems.

Black and white fans will be pleased to know that the new L.Monochome D Photo Style that was introduced with the Lumix GX9 will now come to these three cameras, and grain can be added via the Photo Style before shooting or afterwards in in-camera raw processing….” 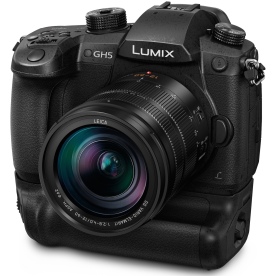 Further details will be available on the specific firmware update pages on the date of release.

Panasonic appears to have abandoned its non-DSLR-style flagship camera, the rangefinder-style stills/video hybrid Panasonic Lumix DMC-GX8, so far as firmware updates are concerned, and that is a very great pity given that the supposed successor to the GX8, the GX9 that is more accurately known as the GX7 Mark III in Japan, is a substantial downgrade on the GX8 and is clearly not aimed at professional photographers.

The Panasonic Lumix DC-G9 appears to be a fine sports and wildlife stills-oriented camera but rangefinder-style cameras cannot be replaced by DSLR-style cameras.

Panasonic, where is the professional rangefinder-style hybrid successor to the GX8?

Another great review video by one of the best Micro Four Thirds camera and lens reviewers out there, a former Fleet Street newspaper and magazine photographer who really knows his stuff as opposed to the legion of “wazzupp?” camera vloggers with no actual professional experience.

I would take a David Thorpe review over one by any of the  “wazzupp?” crowd any day.

“It’s taken me so long to figure out what I’m actually seeing in Panasonic G9’s autofocus performance that now we have to address YodaYeo’s GH5 hack as well. Which I do. And a WHOLE lot more. I’m exhausted….” 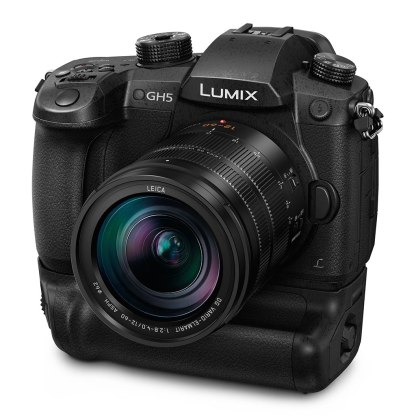 “It’s not often I’m moved to review new equipment but, being an early adopter of the Panasonic G9 it seemed an interesting exercise and may be helpful to those now trying to decide whether to take the plunge and order one….”

Many thanks to Helen Hooker for writing this in-depth hands-on review of the Panasonic Lumix DC-G9.

The motto of the Geena Davis Institute on Gender in Media is “If she can see it, she can be it” and if female creatives are not out there obvious and visible then how are we to know that we, too, can have careers in the media and other creative arts.