The lens also equipped with a CPU chip and motor. You can now control the aperture in-camera and record all the metadata in the EXIF. It will be also perfect for vlogging, drones and other lightweight videography setups. “

With Micro Four Thirds alliance partners Olympus and Panasonic faltering in new prime lens releases for some time now, I have been casting eyes on Chinese makers of manual focus lenses in the hopes that they may come up with optically near-perfect as well as characterful lenses to fill the many gaps that remain.

Lens rehousing companies located in North America and Europe may also do repairs but their fees are high and their services are oriented towards cinematographers rather than stills photographers as well as the problem that one must ship lenses there and back while doing without them for some weeks or months.

One big gap is that of ultra wide-angle prime lenses whether designed for stills photography or cinematography and especially for Micro Four Thirds and APS-C/Super 35 cameras such as Fujifilm’s X-mount cameras, but I was recently pleased to note that Venus Optics keeps adding to its Zero-D distortion-free prime lens line-up.

Barrel curvature in wide-angle prime and zoom lenses is a bugbear of mine and I find such distortion especially irritating in video.

Autofocus OEM zoom lenses are very prone to this but their distortions can be corrected in post-processing still photographs if the raw file indicates them in their metadata, or if the raw processing software maker incorporates built-in or downloadable lens profiles into their products as does, for example, DxO.

Software makers rarely if ever provide metadata or profiles for manual focus lenses so distortion-free lenses erase the need for the alternative, manually-correcting distortion in software.

With questions being raised about Olympus and Panasonic’s dedication to the Micro Four Thirds sensor format since the former sold its camera and lens division to JIP and Panasonic released its S Series 35mm sensor format aka “full frame” or “full format” cameras, one might be forgiven for not leaping at the chance to invest in Venus Optics’ M43 lenses right now.

Another possibility to native-mount lenses for M43 and Fujifilm X camera is adapting Canon EF-mount, Leica M-mount or Nikon F-mount lenses via focal length-reducing optical or smart adapters, and Venus Optics offers some intriguing possibilities for that alternative.

That aside, the Venus Optics Laowa 10mm f/2 Zero-D M43-mount prime lens appears eminently suitable for architecture, cityscape, documentary photography and photojournalism as well as cinematography given its 20mm equivalence, and is a candidate for replacing the Olympus M.Zuiko Digital ED 12-40mm f/2.8 Pro zoom lens I currently use for the afore-mentioned project.

If Olympus/JIP and Panasonic do drop supporting the Micro Four Thirds format for stills and hybrid cameras then it may well continue to be supported by cinema camera makers such as Blackmagic Design with its Blackmagic Pocket Cinemas Cameras 4K and Panasonic itself with its Netflix-approved BGH1 box-style ciné camera as well as independent camera makers. 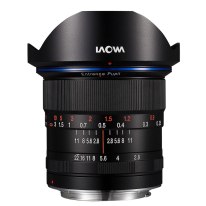 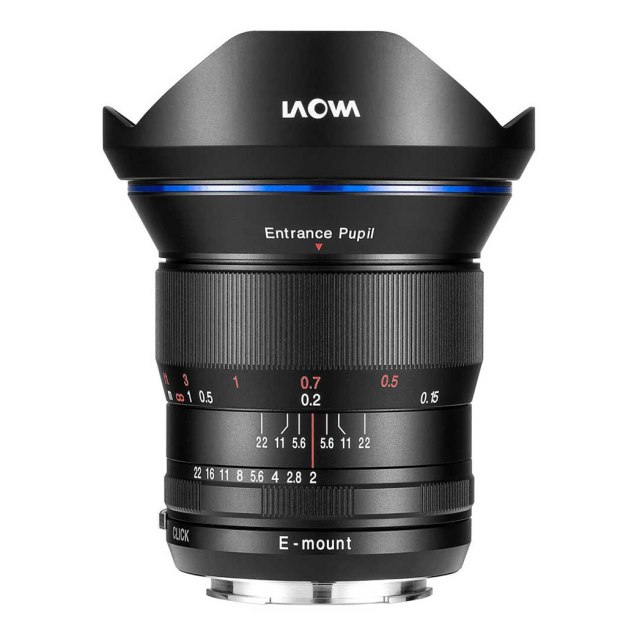 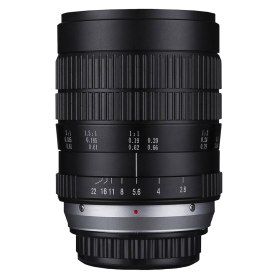 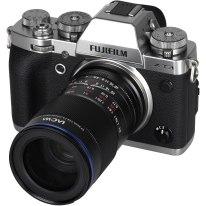 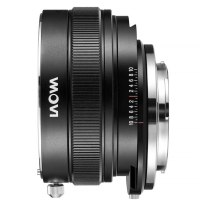 “This exciting prime provides ultra wide-angle coverage up to 113° angle of view which is the widest in its class. The tiny size & light weight match perfectly with mirrorless cameras and are suitable to use with gimbals. 2 aspherical elements plus 3 extra-low dispersion elements successfully correct the chromatic aberration, realize a close-to-zero distortion & deliver a corner to corner sharpness….”

“The most compact and versatile high magnification macro lens.

This lens is optimized for macro shooting between 2.5X – 5X life size. The lens is specially designed with an extended working distance (45mm at 2.5x & 40mm at 2x)and smaller lens barrel. This allow a sufficient lighting on the object for easier shooting in the field. The lens is much more compact and lighter than other comparative products. This lens also provides a relatively greater depth of field compared to other extreme macro lens in the market. The Laowa 25mm f/2.8 2.5-5X is developed for both professional and leisure macro photography, to be used on the field or in indoor set-up…..”

“PR: Dear Mr. Li, let me thank you for this opportunity to ask you some questions about your work and the process of designing a lens. But first we would like to learn a bit more about you. Can you tell us a little bit about your background and your position at Laowa?…”

… PR: And a final question: Do you use the lenses you have designed yourself? And if so, what is your favorite lens and what do you use it for?

Mr. Li: I also use the lenses I designed. I used to love telezoom lenses but now I love macro lenses more, to capture the microscopic world. Seeing the world from a bug’s perspective is fascinating. At the same time, it helps me realise that this world does not belong only to humans. Humanity, rather, belongs to nature…. 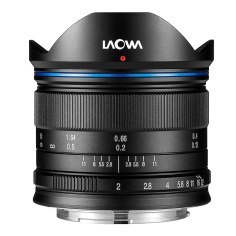 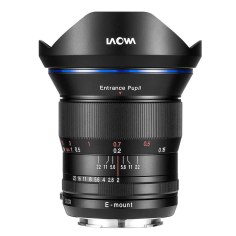 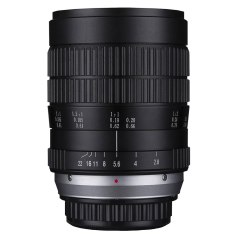 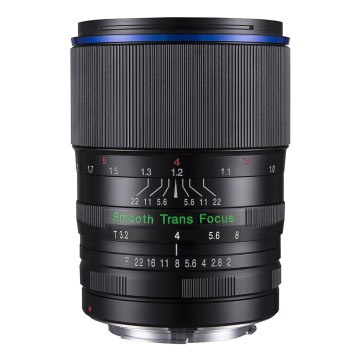 I encountered Laowa brand lenses made by Anhui Changgeng Optics Technology Co., Ltd trading as Venus Optics when writing for another online publication and was impressed by their first two products, the 60mm f/2.8 2-to-1 twice life-size ultra-macro and 15mm f/4.0 wide-angle 1-to-1 life-size manual-focus macro prime lenses.

I have yet to encounter any Laowa lenses in the flesh, as it were, but am keeping a keen eye on developments in their product range and am pleased that they may soon be adding a second M43-mountable or at least adaptable wide-angle rectilinear lens in the 9mm f/2.8 lens, recently shared by FujiRumors.

We need more top-quality well-corrected manual-focus rectilinear M43 wide-angle prime lenses in my opinion, and the more choices the better.

With Venus Optics’ current 7.5mm M43 bestowing the 35mm sensor-size equivalent of 15mm, a 9mm lens would give us an 18mm equivalent.

Those 3mm are not as insignificant as they may seem – once we get down to the extreme wide end, 3mm in difference is noticeable especially when shooting architectural exteriors and interiors as well as scene-setting video footage.

I hope that Mr Li and the rest of the Laowa team have a 10.5mm (21mm in the 35mm sensor size) on the drawing boards, to give us a choice of three excellent super-wide prime lenses for stills and video, as an alternative to wide-end zoom lenses:

By their very nature, prime lenses can be optically corrected more than zoom lenses, and while this may not be mission critical in stills photography where optical distortions can be corrected in raw processors and image editors, non-linear editing software for moviemaking cannot correct barrel and pincushion optical curvature.

Clicking on these affiliate links helps us continue our work for ‘Untitled: Stories of Creativity, Innovation, Success’.

This lens is currently the widest rectilinear lens currently in the market for Micro Four Thirds Cameras. It gives an field of view equivalent to 15mm lenses in 35mm sensors. This allows MFT users to enjoy an impressive 110° ultra wide angle of view for a wide range of shooting needs despite the 2x crop factor. The wide angle of view and ultra-fast aperture are extremely valuable for astro-photography. This lens is super compact and lightweight for casual on-the-go use. A ultra-light version is also available for aerial photography usage….”