… There is a new world of content that is emerging and the paradigm shift from an ivory tower post production mentality where everything is complicated and no one knows how to communicate with each other is shifting to a model where anyone can make something that looks amazing if they take the time to become good at their craft. All you need is the right workflow, some affordable tools, a basic understand of storytelling and filmmaking fundamentals, and a willingness to learn….”

I laboured under the ivory tower postproduction mentality mentioned in the quote above as well as the cap-in-hand production finance paradigm that has ruled documentary moviemaking for what seems like an eternity and I can think of no systems in the creative sphere that can be as punitive and as brutal to storytellers.

I have experienced the worst of the system with the lowest of low points being the time when then Australian Prime Minister John Howard personally demanded my human rights documentary movie project that was about to be commissioned by the Australian Broadcasting Commission under its New Directors scheme be cancelled resulting in being blacklisted as a moviemaker.

I sincerely hope Australian expatriate Sam Mestman is correct about a coming major paradigm shift in the nature of independent documentary moviemaking, and I look forward to the rest of his four-part series of articles about the methods used by LA high school students and their advisers and assistants in the Apple Short Film Project.

Although the Apple Short Film Project was based around using RED Raven raw cinema cameras equipped with EF-mount Sigma 18-35mm f/1.8 DC HSM Art lenses, I hope that the workflow used in these short documentary projects will be adaptable to using more affordable cameras such as Panasonic’s Lumix DC-GH5 and GH5S hybrid Micro Four Thirds and media storage systems other than LumaForge’s reportedly excellent Jellyfish Tower.

I will post links to each article in the series as they appear.

“Months ago, I got the crazy idea to write, produce and direct my first documentary. I wasn’t completely unrealistic — I knew enough to start small with a short, micro-budgetfilm. I also knew I could count on a supportive network of documentary filmmakers — including pros such as Doug Block, Marshall Curry, Laura Nix, Tracy Droz Tragos, Robert Greene, and others — to help guide me through the process. Later in this piece, I’ll share some of their invaluable wisdom. But first, here’s a bit about my film and my process so far….”

As filmmakers we’re all storytellers — trying to tell stories we hope will make an impact on the world.

But in the age of fake news, ‘truthyism’, and one-sided agenda-driven journalism, how can we craft compelling stories with integrity, that people will actually want to watch?

That’s the question I put to veteran FRONTLINE editor Steve Audette, ACE, one rainy night in a hotel bar in London,… 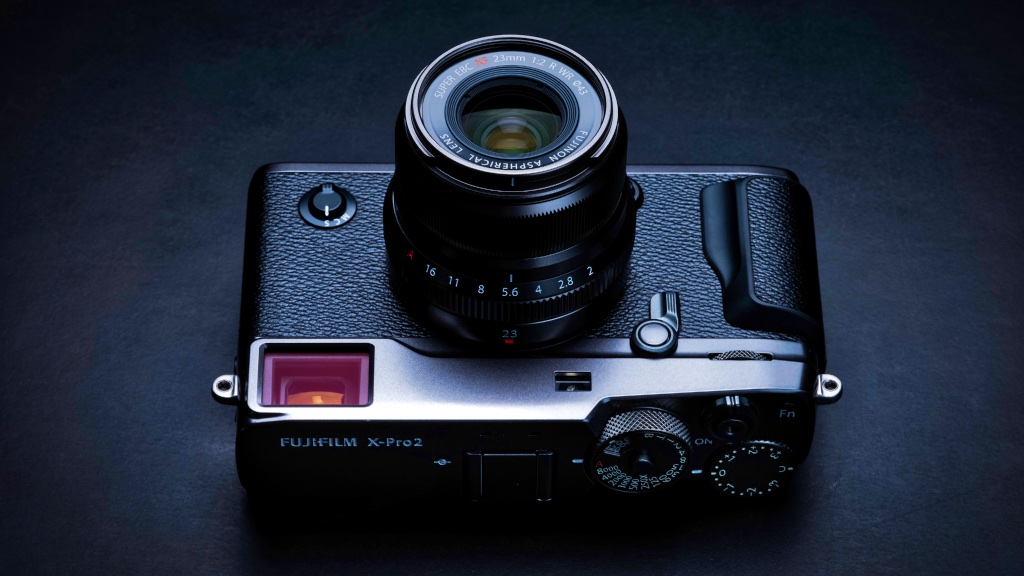 Dr Michael Coyne is a legendary Australian photojournalist and documentary photographer whose client list includes some of the most prestigious magazine, corporate and institutional clients. He is heavily involved in outreach and education, being Adjunct Professor of Photography at Melbourne’s RMIT University and Honorary Lecturer at Hong Kong University as well as a respected public speaker.

A longtime Fujifilm camera user and Fujifilm Ambassador, Dr Coyne was chosen to test the Fujifilm GFX 50S in Tokyo in January between working on assignments and personal projects such as the one about contemporary village life depicted in this video. 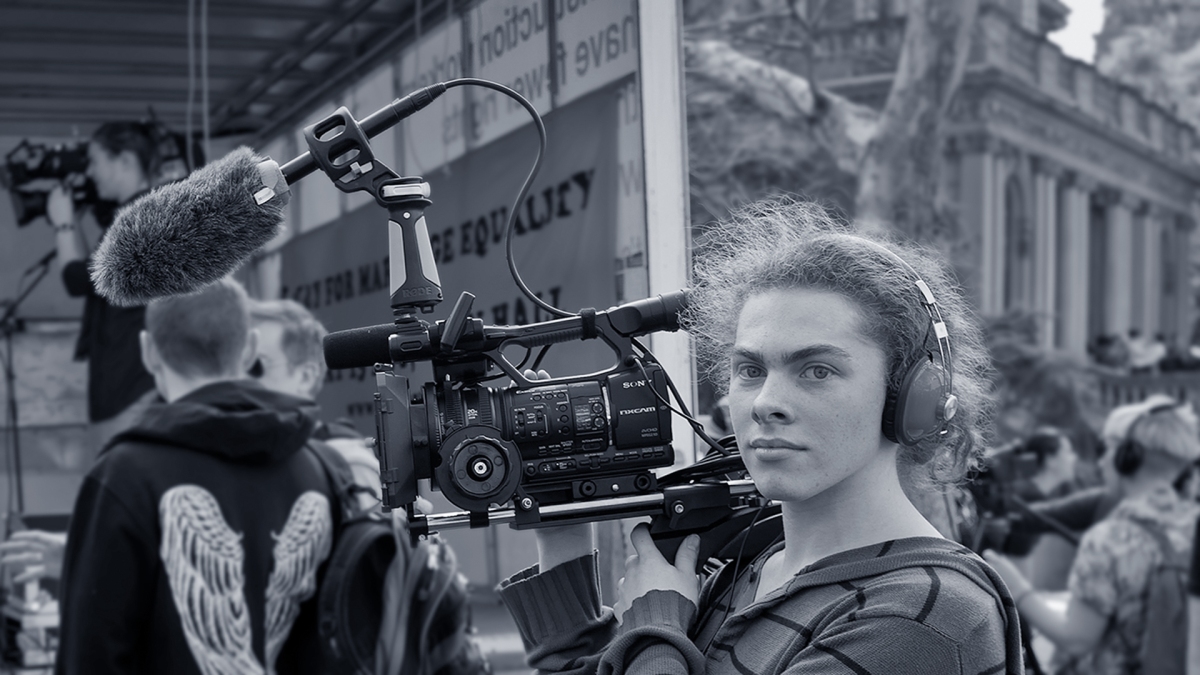 Simon Kilmurry, Executive Director of the International Documentary Association, asks whether documentaries movies are relevant nowadays in his guest column at The Hollywood Reporter, Why Documentaries Matter Now More Than Ever.

Mr Kilmurry answers in the affirmative:

Documentary film is essential to a healthy and democratic society — that is why it is feared by autocrats.

I once dreamed of a feature film and broadcast-quality Super 16 video camera system that anyone could afford and that was small, lightweight, rugged, self-stabilized and could easily be carried everywhere.

At the time, I was trying to work within the prevailing documentary production framework dominated by state and federal funding and broadcasting organizations aka gatekeepers.

The gatekeeper system demanded you go cap in hand to a series of these organizations with your one-page treatment, hoping for pre-production funding in order to get started. Then you were forced to run the same gauntlet over and over again at each subsequent stage of the process.

Eventually, if you were lucky enough to get to the point of hiring a crew and renting hardware at enormous expense, as demanded by the funding gatekeepers, you could apply photons to sensor and begin shooting.

If, that is, said gatekeepers did not snatch your project out of your hands because some bureaucrat along the way decided you were not worthy enough to make your own movie.

We decided to shortcut that gauntlet-running process a little with one project where we took my initial pre-production grant and gave it to the famous though erratic documentary director to whom I was forced to hand over the whole movie.

He shot a fair percentage of the final footage then edited some into a short preview used in running the rest of the gauntlet. It helped by proving the brilliance of the documentary’s story idea and the engaging though challenging lead character.

Some lessons from that era

Never agree to hand your project over to anyone, no matter what guarantees they make and conditions they agree to. Kill or at least postpone your project if you are told that handing it over is the condition of obtaining crucial funding.

Never create a project containing a secondary story thread in which your nation’s Prime Minister takes so much interest they feel compelled to demand your first-time director commission from a national public broadcaster be rescinded immediately.

His reason? That the leader of another country and his dad might possibly be embarrassed by reminders of their own past transgressions if certain scenes were to be included in the final cut. It all went downhill from then onwards.

The famous if erratic documentary director/cinematographer, I discovered too late, had his own agenda and made a very different movie to what I had envisaged.

His was a hero-worshipping puff piece and mine was about the broader, deeper human rights issues surrounding the lead character. The movie made a small splash on the festival circuit then sank without a trace.

Always shoot your first footage and edit your own preview by whatever means possible, even if you have no money whatsoever.

Never hand your project over to anyone, ever. Did I already say that?

The affordable moviemaking hardware and software we have now did not exist then otherwise I would have followed my own advice and done everything myself.

If the camera system I had long been dreaming of had existed then I might have remained in charge of my own project from go to whoah.

I would add two or three fast prime lenses to that core three-zoom kit, one moderately long, another moderately wide and possibly one in-between.

Let’s not forget Cosina’s excellent if pricey Voigtlaender Nokton f/0.95 manual-focus prime lenses in their 10.5mm, 17.5mm, 25mm and 42.5mm incarnations as well as cinema primes like those from Veydra or Samyang‘s Xeen range.

I have yet to try out current cameras with 5-axis Dual IS 2 like the Lumix DMC-G80/85 or DMC-GX80/85 to know how much stability non-OIS lenses gain by it but knowing the GH5 will have IBIS is a relief.

Right now I am packing for a video location shoot in a dimly-lit location where I can only use the GH4 handheld. I am taking a Rotolight Neo to use if supplementary lighting is permitted but plan on applying CoreMelt Lock & Load to my footage for stabilization, sacrificing some of the 4K frame. With the GH5, I will no longer need to do that.

The coming of the GH5 looks set to change everything for the better.

BBC – The World Around Us – The Camera That Changed the World