British maker of high-end LED lights for movie production and stills photography Rotolight has launched a Kickstarter campaign for their Aeos II and Neo III lights.

We have been fans and users of Rotolight LED lights for years now since first encountering the company at a Sydney trade show.

Rotolight products may not be the cheapest of all the LED lights available, but their light quality, features innovation, versatility and manufacturing quality make them worth every cent and we cannot recommend them highly enough. 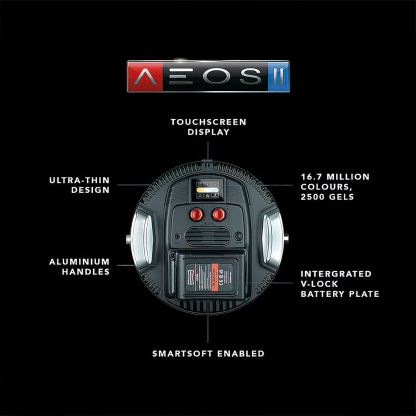 Unititled.Net has a Rotolight Neo three-light kit in a hard case with barn door and light box accessories and it has proven its value over many years.

If money were no object, we would definitely choose the Rotolight Neo 3 three-light kit and the Aeos 2 Masters kit but even the Neo 3 Ultimate Bundle Pledge #3 would make a terrific start into the latest generation of Rotolight’s product range.

Don’t forget to take a look at some of Rotolight’s accessories such as barndoors and diffusion devices, though one of the many things we especially like about Rotolight LEDs is that they produce beautiful lighting right out of the box as it were, without diffusion, bouncing and light shaping.

I am looking forward to seeing more examples of these lights in action and am keen to see how their light is shaped by Rotolight’s new diffuser domes.

If you wish to make a cash donation to support our work here at Unititled.Net then please use PayPal.Me/KarinGottschalk.

Website and its contents © copyright Karin Gottschalk 2021. All rights reserved.