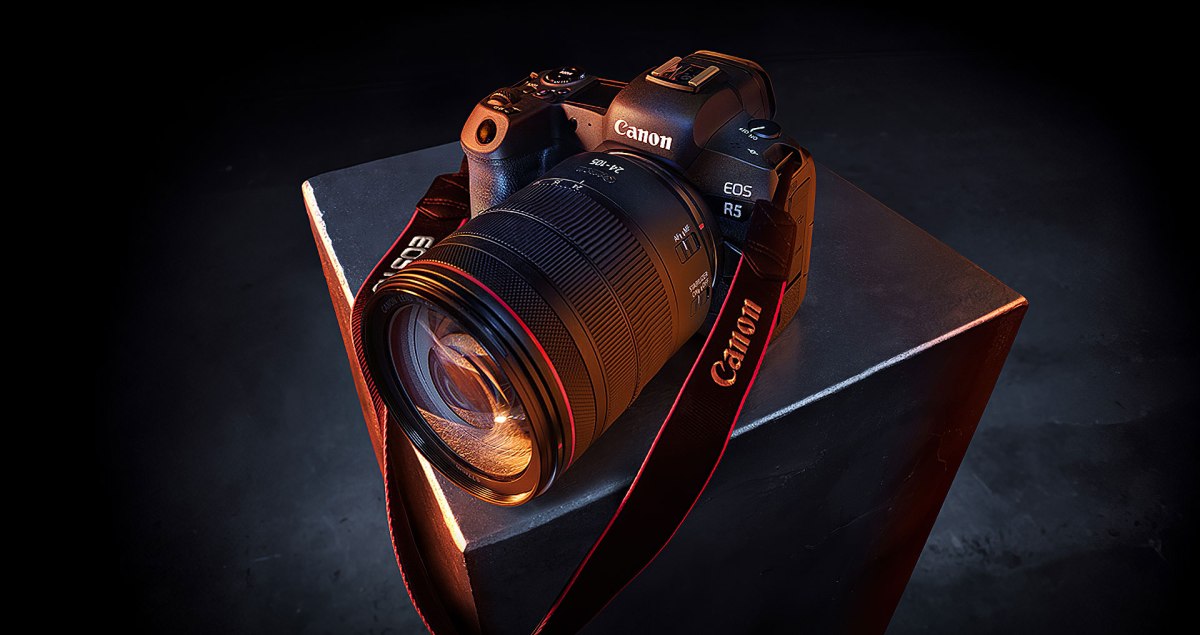 Given the trials and tribulations of living in lockdown for the past few months I have not been following the release of Canon’s EOS R5 and EOS R6 mirrorless hybrid cameras as closely as I should have. Apologies, so here is a catch-up.

My lockdown-born distance from recent digital developments suddenly changed when I came across a rather shocking Instagram post by camera accessories company Tilta featuring its Tiltaing Cooling Camera Cage for Canon R5, featuring its Canon EOS R5 Cooling Kit, a fan-driven and heavily-finned device designed, apparently, to rapidly reduce the camera’s temperature to one that makes it a little more usable.

Camera accessories maker SmallRig also appears to be working on a solution for the Canon EOS R5 and R6 cameras’ overheating problems, a Cool Cage for R5, and the company may take a different approach to that of Tilta.

Time will tell just as it will as to the actual usability of the R5 and R6 for their designed purposes, but for now enough camera reviewers with a professional background have shed whatever Canon fanboy tendencies they might still harbour in order to share some of the many problems they have been having with both cameras.

Images courtesy of Canon via B&H. 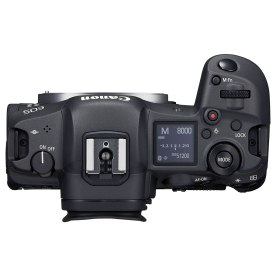 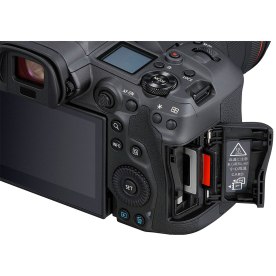 Canon describes the R6 as having “… four times the detail of 4K” making it “the world’s first interchangeable lens digital camera with 8K movies” and the specs for the R5 and R6 certainly look impressive.

But, given the comments I have been reading from credible reviewers like Philip Bloom, Gerald Undone, Andrew Reid and Matthew Allard, the R5 and possibly the R6 appear to be major fails that may lead to class action lawsuits against Canon given the R5 at least does not live up to its marketing claims.

Images courtesy of Canon via B&H. 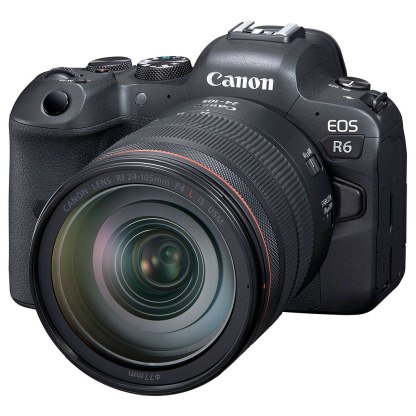 Might Canon fanboys be better off with the R6 just as a stills photography camera given it is slightly cheaper than the R5? 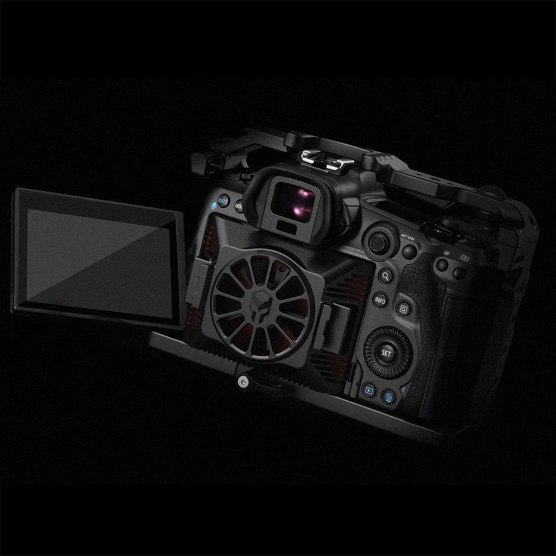 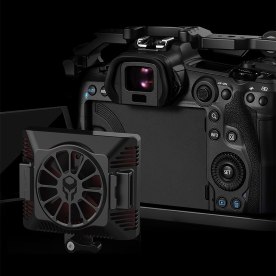 You know what the most annoying thing about the Canon R5 is? It’s that if it didn’t have these ridiculous issues it would be such an amazing camera. This is the first camera I have used in memory that punishes you for using it. Shoot stills then down goes your ability to shoot video in all but the basic line skipped normal speed mode. It is capable of utterly stunning images but there is absolutely no way this could ever be used as a hybrid camera, which it is marketed as, unless you are willing to live with the basic video mode. After shooting about 15 minutes of 8k (just basic IPB mode not raw) today spread out over an hour and then leaving camera off for 90 minutes I was never able to get the 8K option back, nor the 4K 120p, not the 4K HQ and not even line skipped 4K 50p! Basically if you want to use the good video modes use them first, don’t think shooting line skipped means you can use them later. Everything you do reduces the amount of time you can use those modes I mentioned above. The only time you can get the max amount is when you first turn on the camera. Please don’t tell me to use an external recorder. They should be used to bring new features to your camera not because your camera won’t let you record internally anymore as you’ve “shot too much”! I love the form factor of the small body especially for handheld. An external recorder would kill this. I love the stills, I love the video quality in the 8K and HQ mode. I love the animal video autofocus BUT I loathe being unable to use my camera as I want to most of the time. Please don’t accuse me of bias. I have none. I love Canon and have a lot of history with them. I spent £4200 on a camera I cannot use most of the time and that’s ludicrous! I truly hope they find a way to fix this debacle.

Please don’t accuse me of bias. I have none. I love Canon and have a lot of history with them. I spent £4200 on a camera I cannot use most of the time and that’s ludicrous! I truly hope they find a way to fix this debacle.

Unlike Mr Bloom, I do not love Canon and nor do I have a lot of history with the brand’s products.

My first Canon camera was the once revolutionary but even-then crippled EOS 5D Mark II which was initially only available in a kit with the Canon EF 24-105mm f/4.0 L IS USM zoom lens.

From the start there was a problem with the 5D Mark II, its erase button remaining pushed in after first attempt at using the camera so it went straight back to Canon Australia and eventually returned with the button repaired under warranty.

A straight-out replacement would have been a better option.

Then, just after the warranty for camera and lens expired, the 24-105mm kit zoom lens failed spectacularly and I have still not been able to have it restored to working order.

Despite urgings by my BFF to get rid of my 5D Mark II, I have kept it despite not having a working Canon EF lens for it, instead occasionally using it with a couple of adapted M42 manual focus lenses via a Gobe M42 to EF adapter.

My beloved late uncle Brian Bell aka Sir Brian Ernest Bell CSM, KBE, CStJ, of the Sir Brian Bell Foundation and the Brian Bell Group of Companies, paid for my Canon EOS 5D Mark II and its Canon EF 24-105mm f/4.0 L IS USM zoom lens, and I simply cannot let them go given I barely knew him and yet he proved to be so kind to me and understanding of my situation in his final years alive.

Uncle Brian gave me the 5D Mark II and lens as a gift in order to help me start a new life in photography and video after too many years away from them due to often insurmountable health issues.

At the time I knew nothing about the mirrorless hybrid revolution that was going on at Panasonic and to a lesser degree at Olympus so did not, to my regret, immediately buy into those two company’s Micro Four Thirds system that offered so much more than Canon in terms of affordability and video production capabilities.

Despite my misgivings about Canon’s clear lack of adequate quality control, thus quickly coming to rely instead on Fujifilm, Olympus and Panasonic cameras and lenses, I continued to hope that Canon might eventually see the light and provide the necessary alternative to the smaller sensor-based systems.

So, what a disappointment Canon’s attempt at matching if not surpassing Panasonic’s S-Series cameras has turned out to be, but I should not be surprised given what my BFF has told me about Canon’s research and development efforts before and during the time she worked there in an engineering role.

For fifteen years, apparently, Canon’s Australian R&D division was at the cutting edge of global camera, lens, printing and other technologies and creativity and innovation were anything but dirty words.

Canon had bought an independent Sydney-based R&D company then turned it into the major part of its worldwide product and technology development effort, replete with top engineers, mathematicians, physicists and other scientists and technologists.

Then the suits and the marketing types began taking it all for granted, replacing all this talent with the cult of process engineering, resulting in employees voluntarily departing or being fired en masse to the point where Canon’s R&D division no longer existed.

The scientists and technologists with the genius to solve problems like those apparent in the Canon EOS R5 and R6 were no longer there and, with the company now in the hands of marketing men, this mess is the result.

The chickens that became so apparent in the long years my BFF worked at Canon have finally come to roost, with a vengeance.

The “cripple hammer” described so often by my BFF and increasing numbers of professional customers has found its mark on the cameras that were supposed to firmly establish Canon as a pro-quality force in the mirrorless hybrid realm.

There will be nasty outcomes for Canon from all of this.

For a start, in his latest article at time of writing on the R5, Andrew Reid of EOSHD states that:

If it is proven that Canon purposefully hobbled the camera, or artificially restricted recording times in firmware, with heat as an excuse, in all the highest quality video modes on the EOS R5 they advertised as key headline grabbing features, I will never buy another Canon camera again for as long as I live and I think the full force of consumer law should be brought to bear.

“Having worked for over ten years in the Canon research arm (CiSRA) I’ve seen first hand the erosion of innovation, given in to a vast implementation of process engineering.

Contrary to the process engineering activity curve rising sharply, our USPTO patent and innovation curve dived to nearly nothing in the space of three years.

It was all about keeping us engineers heads down with endless vacuous new policies thrown at us, while stifling us with excessive process engineering admin activities such as process management, configuration and release management, excessive performance waterfall adherence and the endless justification to Canon head office that we were worth keeping as a world-class Australian research facility, all the while shedding staff; some of the most brilliant sw and hw engineers, math professors, physicists and other ground-breaking innovators.

The company eventually closed its doors in 2016 after having spent millions moving office space.

In the end, the pointy-headed managers and their cohorts raked in the money while everyone else suffered.

Canon management only have themselves to blame.

Being a Japanese company, the way that female engineers get paid less than male engineers is bad enough, but the way management has destroyed innovation in this company is a crime.”