In a recent interview, Top Fujifilm manager Toshihisa Iida said that Fujifilm is opening X mount to third parties, and that Tokina will be the first company to offer autofocus lenses for the Fujifilm X system….

I have placed my vote for the two current Sigma APS-C lenses  most want the company to redesign and make for Fujifilm X-Mount cameras, and if more than two votes were permitted by Patrick DiVino’s survey then I would vote for several more. 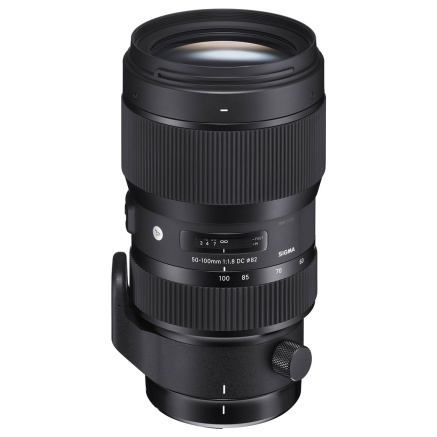 There is little doubt that these two APS-C/Super 35 zoom lenses have proven popular amongst users of a range of camera systems and sensor formats for stills photography and video, whether adapted or in native mount versions.

The Sigma 18-35mm f/1.8 DC HSM Art zoom is the most popular of the two and is often seen in use in its Canon EF-mount version attached to cameras made by Blackmagic Design, Panasonic and Fujifilm via adapter or natively.

The lens is designed for APS-C/Super 35 sensor-equipped cameras, and is currently available in Canon EF, Nikon F, Pentax K, Sigma SA and Sony A mount.

Both Art lenses are also made in three-gear cinematography versions in Arri PL, Canon EF and Sony E mounts, available for purchase at B&H separately or as a pair with customised hard case.

Both lenses are also available at B&H as a kit for Sony E-mount cameras with Sigma MC-11 Mount Convertor /Lens Adapter to convert Canon EF to Sony E.

If a similar kit were already available with Sigma convertor/adapter for Fujifilm X-mount cameras, one might be sorely tempted.

But it is not, and there are good arguments for both lenses being redesigned and made native with typical X-mount features such as aperture rings but that can be used clicked with 1/3-stop detents or completely clickless, your choice set with the flick of a switch.

Equivalent in 35mm sensor camera terms from 27mm through to 52.5mm, this lens includes some of my most-used stills and video documentary focal lengths such as 28mm, 35mm, 40mm and 50mm.

With a maximum aperture of f/1.8, it is well-suited to the indoors available darkness in which I often find myself.

It would become my most-used lens for documentary work, to be supplemented with Fujifilm’s Fujinon XF 14mm f/2.8 R for scene-setting shots, or, if talking Sigma APS-C lenses then the Sigma 10-20mm f/3.5 EX DC HSM may be suitable provided a Fujifilm X-mount version is made.

I have long been hoping Fujifilm would release one of my favourite portrait focal lengths, 70mm, as a fast prime lens with closeup capability, but my hopes continue to be dashed each time the company updates its lens roadmap.

In 35mm sensor terms, this lens is 105mm and is the focal length with which I became a portrait photographer.

The ongoing lack of a professional-quality Fujifilm 18mm prime lens

Fujifilm Australia staff members often confirm that the lens customers want to see radically updated is the Fujinon XF 18mm f/2.0 R, a lens I love and hate, with the emphasis on the latter.

Love is too strong a word for this 28mm-equivalent prime lens, so let’s use “like” instead.

I know some photographers adore it for its many old-fashioned optical and mechanical quirks but for me it is an irritating disappointment.

I have often asked Fujifilm to replace it with a compact Fujicron-style lens for documentary photography or a manual clutch focus Fujilux-style f/1.4 lens for available darkness work and especially for video. 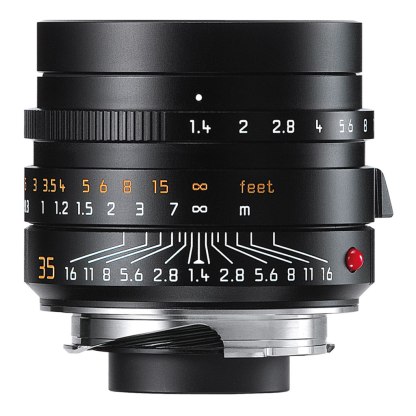 Leica Summilux-M 35mm f/1.4 Aspheric prime, the lens I would choose if I could only have just one for available darkness and available light documentary photography.

Incidentally, if I could only have two prime lenses for video work, then I would choose a 28mm equivalent and a 40mm equivalent, or in APS-C terms, 18mm and 27mm.

Fujifilm makes neither focal length as manual clutch focusing primes, much to my ongoing moviemaking disappointment, but I often carry the compact Fujinon XF 27mm f/2.8 and 18mm f/2.0 R on a pair of Fujifilm rangefinder cameras when needing to be discrete and in the street or places where I don’t want to be noticed, but I would not use either prime lens for video.

Shame, given Fujifilm’s recent emphasis on great quality Super 35 video with the Fujifilm X-T4 and the coming Fujifilm X-H2.

If Sigma can be persuaded to make an aperture ring-equipped 18-35mm f/1.8 X-mount zoom then that can help with available light or darkness video work, leaving Fujifilm to finally pull its collective fingers out with a Fujicron-style XF 18mm lens that does need to be faster than f/2.8.

Fuji Rumor’s Sigma X-mount lens poll limited respondents to choosing two lenses but I would have chosen three if permitted.

Having learned to be a portrait photographer by using the art school’s Nikon Micro-Nikkor 105mm and 55mm lenses close-up and at normal portrait distances, I have long been looking for an X-mount equivalent to my favourite of the two, the 105mm.

Until this rumor and poll surfaced at Fuji Rumors about the possibility of Sigma opening up to making Fujifilm X-mount versions of its lenses, I had resigned myself to looking for a suitable manual focus 75mm manual lens to adapt to X-mount.

I have no problem with the idea of using manual-only lenses for close-up and portrait work, but autofocus with good manual focusing extends the usefulness of any lens.

So, Sigma, will you be making good on the desires of many Fujifilm camera users for Fujifilm X-mount Sigma lenses?